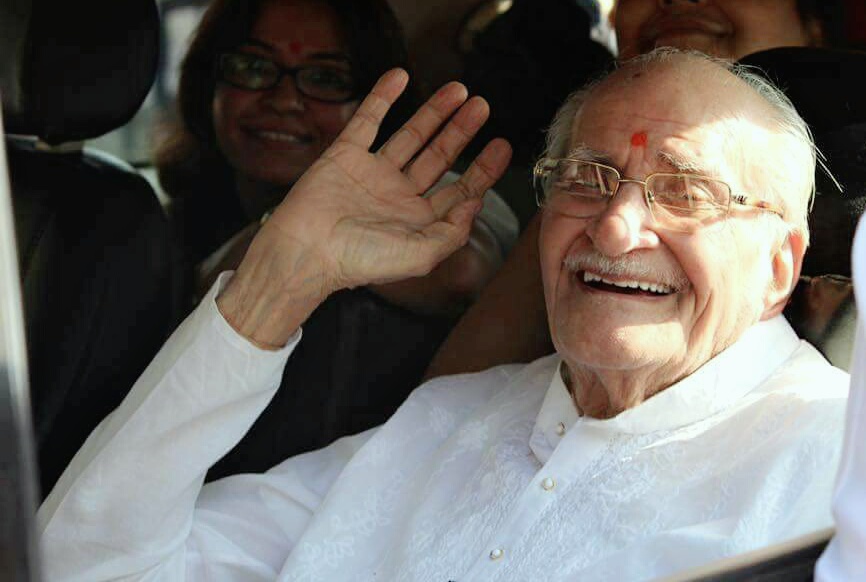 Dr. Lajpatrai Mehra, was born in a highly respected family of Amritsar, as the 7th offspring of Sri. Ramgopal Mehra and Smt. Kesara Devi, on 23rd August 1932. A living legend of his times, he is renowned for developing a novel technique (LMNT) of curing the masses without recourse to medicines, and for his selfless and dedicated service to humanity.

At the tender age of 11, he was afflicted with a severe stomach ache, which lasted for several months, which could not be relieved with the best of medical help available at the time. By providence, he met an old man who asked him to lie face down; and cured him almost instantly, by a simple native technique of ‘setting the navel’ by manipulating his hands and legs in a special fashion.

Helping others came naturally to Lajpatrai. Unlike other children of his age, he did not allow the incident to pass by. Instead, he constantly meditated upon the miracle wrought in his body by the seemingly crude technique and longed to relieve others of similar pains.

Ancient Indian texts refer to the navel as being the epicenter of the entire body. Disturbances in the position of the navel in relation to other parts of the abdomen, is the main cause for digestive disorders.

Even though the old man did not teach him the exact technique, the innovative Lajpatrai, recollected that the process exerted pressure on certain points of his body. His mother often used to suffer from stomach aches. With her as a willing subject, he devised a novel method of using his feet to produce a similar effect, to relieve his mother of her pains.

When he had perfected the technique, he started treating others in his neighborhood. Soon hordes of people, suffering from constipation, dysentery and other abdominal disorders, from nearby and distant areas, would line up in front of his father’s home, whom he treated with his newly-founded technique, with great success.

The riots during partition claimed his house as one of its early victims. The family, once prosperous, had to leave all their belongings and arrived in Mumbai (formerly known as Bombay) as refugees, in 1947.

As the bread-winner of a large household (the only son among 9 siblings – he had 6 elder and two younger sisters), young Lajpatrai had a grueling and hectic schedule. In spite of this, he would spend a major part of his after-work hours, in giving free treatment to patients, a habit developed from the very tender age of 11 years. In the process, he invented several newer techniques, and developed a distinctively original method of curing people from several types of ailments, without medicines.

His formal education was until the 10th class; but he could not give the exams due to the partition of India and formation of Pakistan. However, he was doing a lot of free seva in refugee camps. So he was awarded the Matriculation certificate in spite of not sitting for the exams. But the idea of receiving a certificate without giving the examination was anathema to him. After about four years, he sat for and successfully completed the examination for the tenth class.