Neurotherapy is an Indian system of treating patients discovered by Dr. Lajpatrai Mehra. The therapy uses no medicines, oils or preparations of any…

Select a doctor and schedule an
appointment.

Search our locations to find the
one nearest you.

The one million patients we see each year help us get ready to take care of the one who matters most—you.

You may rely on our specialists to provide you with the appropriate neurotherapy the first time.

At Neurotherapy India, getting help is a very human experience. Your needs as a person come first.

Our patient care, education, and research are all focused on finding things that can help you get better.

Neurotherapy restores blood, lymph, and nervous signal flow to the affected glands by applying a special type of pressure to various body parts.

Self-expression is crucial. Speech therapy may help your child communicate, understand language, and express themselves better.

Herbal medicine is ancient. It uses plants to heal and improve health. Herbs with potent ingredients should be treated like pharmaceuticals.

Neurotherapy is an Indian system of treating patients discovered by Dr. Lajpatrai Mehra of Mumbai. The therapy uses no medicines, oils or preparations of any kind. It uses specific type of pressure/strokes on specific body parts.

The human body has the innate capacity to produce the chemicals for every type of problem within the body. But due to a multitude of reasons – such as irregularities in eating and/or rest; improper postures of sitting, standing or walking; polluted environment; mental tension and stress; performing tasks beyond one’s mental/physical capacity; lack of nutrition; fear or anger etc – all these have an influence on the working of the body’s glands or organs, causing them to work either more or less than the normal. This, in turn, causes an increase or decrease in the hormones, enzymes or chemicals produced by them. As a result there is an imbalance in the balance of acid-alkali etc of the body fluids and the body exhibits one or more symptoms due to this. In Neurotherapy we apply a special type of pressure on different locations in the body by which the supply of blood, lymph and/or nervous signals to the affected glands is restored and thereby they start functioning properly.

Neurotherapy has its own methods of diagnosis, but also integrates the information from modern investigations, such as blood tests/ X-Ray reports etc.It uses the findings of medical physiology, but views them from a uniquely different and refreshing approach, one that negates the use of medicines or drugs.  Being a medicine-less therapy, it has absolutely no side-effects and is inexpensive.The therapy is simple to learn and can be practiced by all. It can even be taught ‘en-masse’ to people of all ages.The therapy is scientific in that its methods can be repeated over and over again, with identical results, which have been proved on hundredss of patients all through the country.The results can be duplicated – irrespective of the therapist’s age, sex, height, body- weight etc. 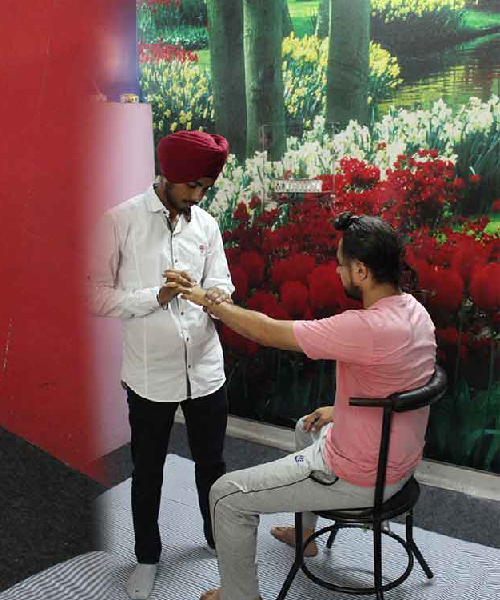 We are provide Children as well as adults can benefit from therapy, which can take place in an individual setting, within a family or partnership, or within a group environment. Typically, sessions last between 30 and 50 minutes and occur once each week. In order for Counseling to be effective, both the patient and the therapist need to take an active role. It is necessary for a person and his or her therapist to have a healthy relationship in order for them to be able to work together productively and reap the benefits of Counseling.

The maintenance of strict anonymity is one of the most fundamental principles of counseling. A patient may communicate personal thoughts and feelings with a therapist, but it is never appropriate, acceptable, or helpful for the patient to have intimate physical contact with a therapist. 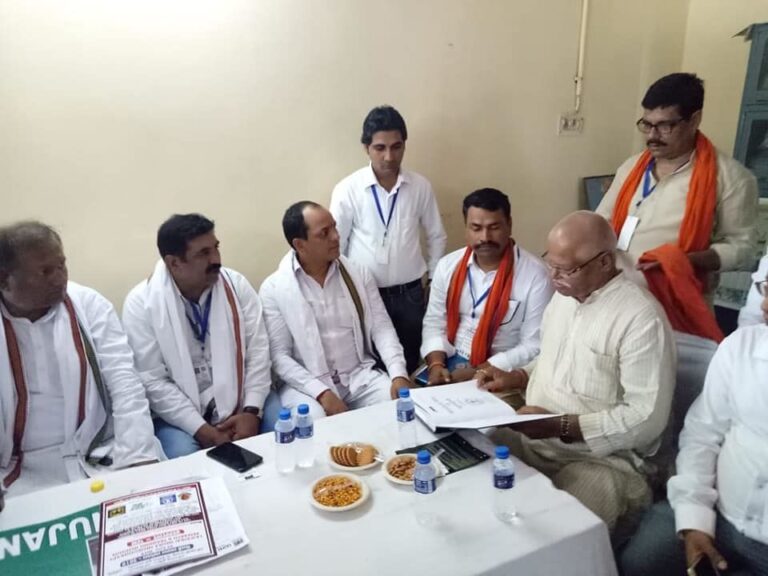 The goal of speech therapy is to improve skills that will allow your child to communicate more effectively. There are other benefits as well. These can include:

The ability to express one’s self is paramount. Speech therapy may help your child achieve a greater ability to use and understand language, to communicate with others and to express himself or herself to the greatest extent possible.

Delaying speech therapy for your child runs the risk of missing that all-important window of time between birth and three years of age when the brain is maturing and learning happens rapidly.

Speech and language therapy provides treatment, support and care for children and adults who have difficulties with communication, or with eating, drinking and swallowing. 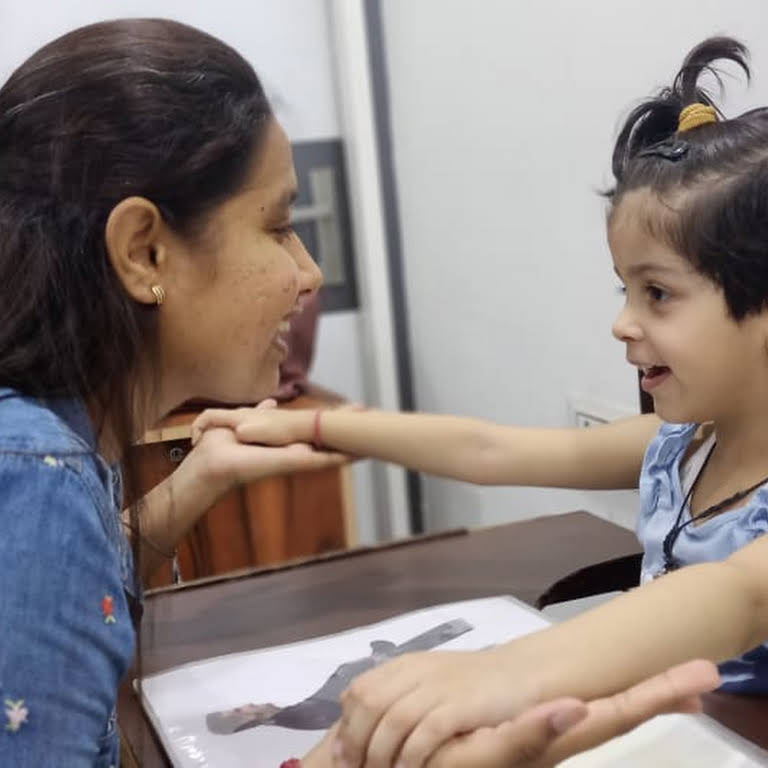 Herbal medicines are naturally occurring, plant-derived substances used to treat illnesses within local or regional healing practices. These products are complex mixtures of organic chemicals that may come from any raw or processed part of a plant.

Herbal medicine has its roots in every culture around the world. There are many systems of traditional medicine, and social conditions, environment, and geographic location influence the philosophy and practices. Still, these systems all agree on a holistic approach to life.

The World Health Organization recently estimated that 80 percent of people worldwide rely on herbal medicines for some part of their primary health care. The annual market for these products is approaching $60 billion. People in the United States have become more interested in herbal medicine because of the rising cost of prescription medication and the returning interest in natural or organic remedies. 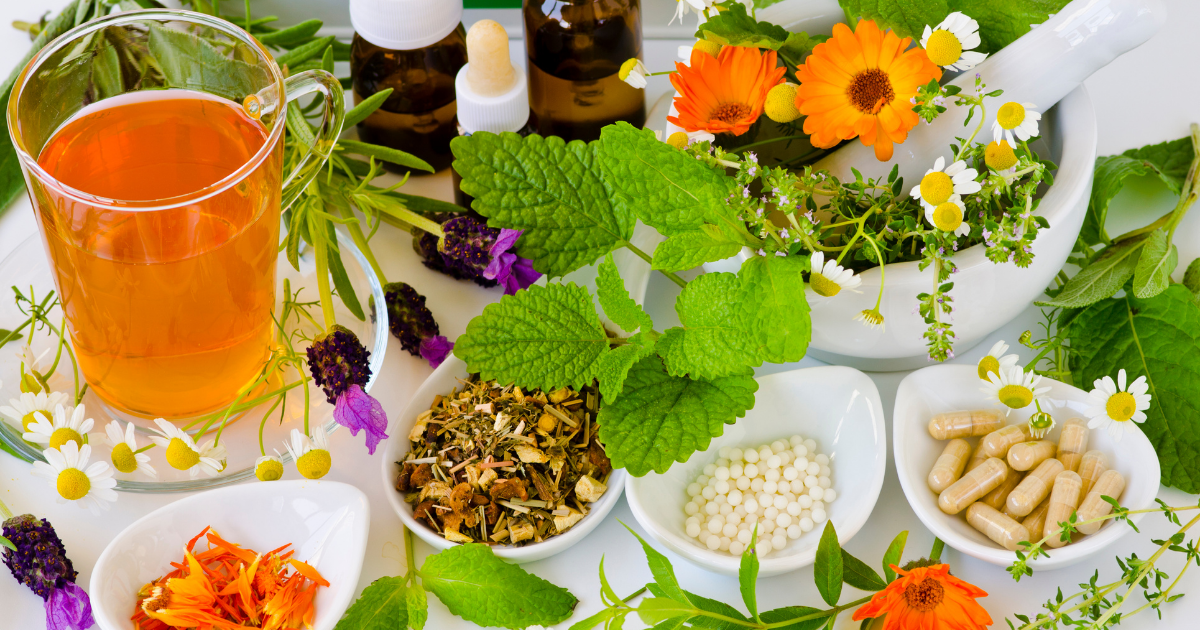 Herbal products are cheaper than medications, according to preliminary studies.

Herbal extracts, essential oils, and teas are sold in most health food and grocery stores without prescriptions. It simplifies herbal product purchases and cuts healthcare costs.

Dietary supplements like herbs can be made, sold, and advertised without FDA approval. Although this makes buying and using useful products easier, customers must pick between rivals. Before using herbal supplements, read the labels and ingredients. Buy from a trustworthy company that guarantees 100% pure-grade goods.

Herbs cure chronic and acute illnesses, including cardiovascular disease, prostate issues, depression, inflammation, and a compromised immune system. Herbs are used worldwide to treat ailments, and many studies show their efficacy. Over 70% of the 177 cancer medicines authorised worldwide are natural or artificial imitations of natural materials.

"Sukhmanpreet was not able to balance his neck. He could not sleep and he had fits too. His body would shake uncontrollably. After getting treatment for two years he never had fits, he can control his neck now. He also recognizes all members of his family. He can also sit down on his own and now he takes proper diet."
Aunty of Sukhmanpreet
"Banu is a hyper active child. He would never listen to anybody and would engage in breaking home appliances. After neurotherapy treatment he has shown improvement and he now follows whatever is told to him. My family doctor thinks he has shown 25% improvement after 4 months."
Father of Banu Arora
"My son, Harsh could not balance his neck. He was treated in D.M.C. Ludhiana, but we were told that his brain cells were damaged. And doctors claimed it cannot be cured or treated. After he was treated by Dr. Ram Gopal he started speaking a little bit and now he can understand a bit too."
Father of Harsh
"Kavita had epilepsy fits. She was also a hyper active child. She used to get around 10 fits in a day. When she was treated by neurotherapy for 3 months she has shown improvement of about 40% and has not had any fit for last one month."
Father of Kavita
"My daughter Mary could not sit before neurotherapy treatment started. She needed support from all sides. After just 3 months of treatment she started to sit down on her own . She also started connecting words together to make meaningful sentences. I am totally satisfied with Neurotherapy and the Neurotherapist Dr.Ram Gopal."
Father of Mary
"Vasu was not able to sit, crawl. We discussed it with doctors in D.M.C, Ludhiana. They told us that Vasu was having cerebral palsy. Under this problem the child suffers from mind and body weakness. The delayed milestones were responsible for this weakness�..My father-in-law Sanjiv Mohindru suggested me to get Vasu treated by Neurotherapy. After 6 months of this treatment I have seen some great changes in Vasu. He has shown improvement in squint. He has started taking proper diet and has started to move a little bit."
Father of Vasu
"My son Lazarus could not speak or stand up before treatment started. But after he was given treatment for four months, he started to speak certain words and now he can stand up and move on his own."
Mother of Lazarus

Our objective is to give Neurotherapy Training to interested people, to become practitioners of Dr.Lajpatrai Mehra Neurotherapy.