Sex Therapy: What Men And Women Should Know 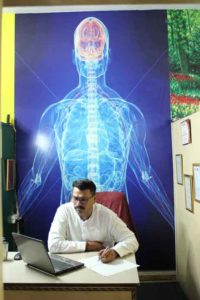 Let’s talk about sex. Sexual health is an essential part of overall emotional and physical well-being. But if you’re experiencing a sexual problem, the last thing you probably want to do is talk about it. If shame keeps you from seeking help, know this: 43 percent of women and 31 percent of men report some degree of sexual dysfunction. Sex therapy designs to eliminate sexual issues, like shame, and reverse them.

Whether you work with a psychiatrist, psychologist, or marriage or sex counselor, sex therapy can help with various physical and emotional issues that can interfere with sexual satisfaction, such as erectile dysfunction, low libido, a history of abuse, and others. And it can help you and your partner work through these issues in a supportive and educational environment.

So, what does sex therapy entail? And who qualifies as a sex therapist? Read on to discover the truth about this type of therapy.

Sex Therapy Is Like Other Forms Of Therapeutic Counseling

Contrary to what some believe, there’s nothing strange, deviant, or kinky going on behind the door of a sex therapist’s office. Indeed, sex therapy is not very different from other forms of psychological counseling. “Sex therapy is a type of psychotherapy that also considers possible physical problems. When a couple comes in with a sexual problem, we try to figure out how each of them could be contributing to the issue. We examine behavior, gradually interpret that for them, and come up with solutions,” says Barbara Bartlik, MD, a psychiatrist and sex therapist at Weill Cornell Medical College in New York City.

You’ll Explore The Psychological Side Of Sex And Sexuality

Your therapist will help you work through emotional issues that may be contributing to sexual issues such as erectile dysfunction, according to urologist Drogo Montague, MD, a professor of surgery at the Cleveland Clinic Lerner College of Medicine in Ohio. “Sex therapy typically begins with learning about performance anxiety and then moves on to teaching a couple how to establish open lines of communication to discuss sexual wants and needs,” he explains. “The couple may also explore issues causing relationship stress.”

You’ll Learn To Be Mindful And More Aware

In mindfulness training, you learn to be present and focused on the here and now rather than letting yourself get distracted by grocery lists and child carpool times. When using this concept in sex therapy, you learn to block out extraneous thoughts as well as negative thoughts you might have about your body or your performance. Instead, you are guided in thinking only about how your body reacts to sexual stimulation.

Lori A. Brotto, Ph.D., the executive director of the Women’s Health Research Institute and the Canada research chair in women’s sexual health at the University of British Columbia in Canada, has done several studies on this topic, including a study published in the November 2016 issue of Archives of Sexual Behaviour. Her research has found significant improvement in responsiveness in women suffering from anxiety-related sexual dysfunction. Dr. Brotto, author of Better Sex Through Mindfulness, says that the hypothesis behind the results is that the mindfulness skills that the women acquired benefited their sexual motivation and response both directly “by allowing them to nonjudgmentally focus on sexual sensations in their bodies before and during sexual encounters, and indirectly, by improving mood and decreasing stress and anxiety.”

Suppose there is a physical issue such as vulvodynia or impotence due to radiation for prostate cancer. In that case, the therapist will refer you to a medical specialist who will work with the sex therapist.

While nothing sexual will happen at the office, the therapist may offer some ideas for things you can try at home. “The therapist may suggest you try sensate focus exercises, designed to help you attune more to your partner,” says Dr. Montague. The exercises are typically done in stages, starting with touching or stroking anywhere on the body except the breasts and genital areas. The goal is to experience the sensation of touching rather than trying to reach orgasm. Eventually, the exercises can lead to intercourse.

It May Help to Bring Your Partner to Sex Therapy, But It’s Not Necessary

“Sex therapists can be very helpful in helping to guide one person to help themselves or their partner to overcome self-defeating behaviors. Or we can work one-on-one and then work with the couple together as a unit as well,”

One thing is sure: Under no circumstances should you have to take your clothes off in a sex therapist’s office, or should the therapist be touching you. “Sex therapists don’t touch their patients unless they are gynecologists or urologists and a physical exam involved,” explains Bartlik.

Be Picky When Shopping for A Sex Therapist

This person will help you with your most intimate secrets, so it has to be someone you trust. You will need to feel safe being vulnerable and taking risks. First, consider what gender therapist you and your partner feel most comfortable with.

If you are LGBTQ, ensure the therapist is trained and knowledgeable in a way that makes you feel valued. A University of California, Santa Barbara study published in the journal Psychotherapy Research found that “basic counselling skills and relationships were key determinants of the quality of LGBT clients’ therapy experiences.” Also important were variables such as the therapist’s professional background and attitude toward the client’s sexual orientation or gender identity. Client variables also existed, such as their stage of identity development, health status, and social support. Environmental issues, such as the confidentiality of the therapy setting, were a factor, too.

“Usually, there will be some indication on the therapists’ website that they have experience in this area. I put on mine that I am inclusive so patients know that I am paying attention and know what to do,” says Bartlik.